A unique tale of love that transcends space and time.

**This review states my complete and honest opinion.**

I was contacted by Publicist Sherri Rosen in request of a review. Ms. Rosen sent me a PDF of Melissa and Kasho by Camilla Chance. This book is promoted as a YA novel suitable for adults, although I found a few of the themes a bit disturbing for a reader too young.

The story follows upper-class Melissa, who comes from a wealthy, and abusive family in Australia. Melissa is fearful of love and attention because of the oppression and solitude she has been raised in. The story starts shortly after Melissa has arrived at an Italian boarding school where she rooms with fellow-Australian Robin, who seems genuine but reveals a much darker side sculpted by her own abuse.

A near sexual assault and death of someone dear to Melissa have shaped her to be the young woman she is when she arrives at finishing school. She meets many friends there and struggles with the fear of men that her brush with rape has left her with. I thought the author did an excellent job of describing the feelings of tension and anxiety someone who has been through a similar experience would feel. I could feel Melissa’s very-real scars as she dealt with the daily struggles of learning love, intimacy, and trust when they have never been appropriately shown to her.

After Melissa and her roommate have a falling out Melissa moves to the reportedly haunted tower room of the school. there she meets spirit guide Kasho, who is revealed to be an indigenous man tortured in another galaxy on a planet that mirrors Earth. Kasho tells Melissa he has been waiting in the tower for her for twenty years and knew her even before. The pair comes from two different worlds, literally and figuratively, but find each other to be soulmates because of their similar outlooks on life. On Earth, she meets Daisy, a young woman who shares Melissa’s compassion for all people and walks of life, and the two become good friends and even write songs together, but Daisy often looks down on Melissa’s desire to appease her parents, despite the horrible way they treat her at home.

Throughout the story, Melissa transforms from a naive girl scarred by her parent’s warped nature to a mature woman who makes it her goal to help heal and unite humanity. She meets good and bad people along the way who help her on her journey and comes to realize that there is indeed a chance for hope and love in a world she’s only ever seen as cruel.

Author Camilla Chance did a great job of covering many themes from rape and sexual assault to the oppression and violence toward indigenous cultures. Melissa’s experience with men has made her so that she does not seek romantic love like her friends of the same age but instead looks for a brotherly love in every human she meets. I really enjoyed Melissa’s character and growth and could relate to many of the things the character went through. On occasion, I would find Melissa’s out of body experiences with her spirit guide a bit confusing, but overall the message of unity and universal love was illustrated very well.

I found this to be a quick and easy read, that covered several important themes without the author’s message being forceful. I would recommend Melissa and Kasho, which I think would be best received by young women, but enjoyed by everyone.

Where to pick up your own copy:

Camilla Chance is the award-winning best-selling author of Wisdom Man by Banjo Clarke, as told to Camilla Chance — the compassionate life and beliefs of a remarkable Aboriginal Elder. Camilla was educated in London, Switzerland, Italy and Australia. England-born Camilla graduated in Arts from Melbourne University. She has been a lyric writer for an international performing group, the Kuban Cossacks, a high school teacher, an editor, a wife and mother. Seeking to rectify common misunderstandings about Australian Aboriginal culture, she became a book reviewer for two prestigious Australian newspapers — The Age andThe Australian.

Hannah is a Blogger, Poet, and aspiring Fantasy and Sci-Fi author. She manages Hannah Truelove Writing, a blog that offers daily poems, writing tips, and more! View all posts by Hannah Truelove 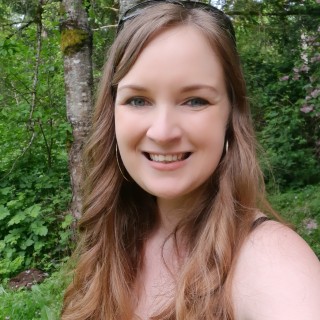 Hannah is a Blogger, Poet, and aspiring Fantasy and Sci-Fi author. She manages Hannah Truelove Writing, a blog that offers daily poems, writing tips, and more!